Welcome all to prerelease week on the Daily Dose of Dominaria. This week I’ll be writing some articles that hopefully will help you when you open your prerelease kit during Dominaria prerelease.

Playing with new cards can be scary, but if you have the right information to help you along the way, deck building becomes a little bit easier. Today I’m going to talk about those pesky 10 commons that you'll see in each pack of Dominaria. You won't play most of them, but you'll have to play some of them if you want to make a 40-card deck. Here is a list of commons I believe are some of the best when it comes to Limited play for Dominaria: 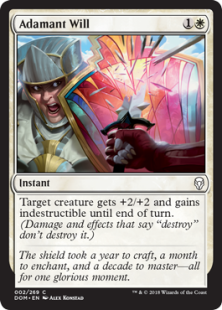 Adamant Will – This combat trick works as a way to win in combat and to counter any removal spell your opponent might play. A versatile spell you will want to have at the ready. 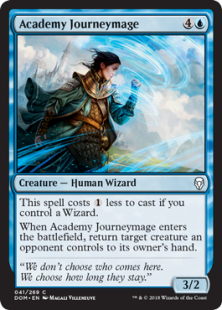 Academy Journeymage – This creature will allow you to gain tempo advantage by forcing your opponent to recast a creature. Casting it at five mana is pretty good, but it works even better if you have a Wizard on the battlefield. 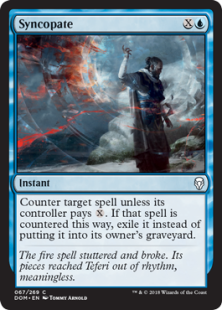 Syncopate – What I like about Syncopate compared to other counterspells is that it is good in the early and late game. Most players won't expect a Syncopate with X being one when they're trying to cast something on turn two. It also exiles the spell instead of sending it to the graveyard, which can be a bonus. 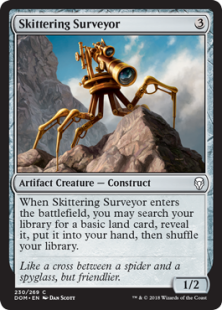 Skittering Surveyor – Sometimes you wind up with a three or four-colour deck in Limited, whether that's because of the cards you opened, or just because you wanted to. Either way, it is nice to have some mana fixing outside of a green spell or ability. You're left with a weak 1/2 creature afterwards, but it's still something. 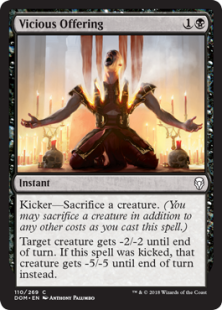 Vicious Offering – I love having a versatile removal spell that you can use early or late in the game. When kicked, you can even trade your worst creature for what is potentially your opponent's best. What a great trade off!

No matter how you choose to use it, at only two mana it’s worth the price. 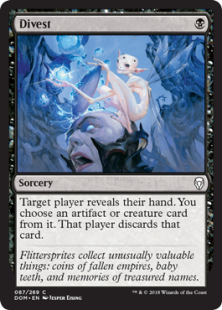 Divest – This card almost acts as the opposite of a Duress, allowing you to make your opponent discard any creature in their hand. As a bonus, you can also make them discard any artifact. With a creature heavy set coming in Dominaria, this will be a worthwhile addition to your deck. 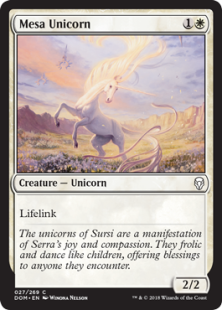 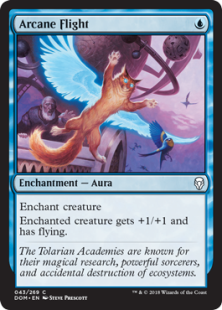 Arcane Flight – This mini One with the Wind Aura will make sure you can evade your opponents’ blockers and get in some damage. Come on people, the cat just wants to get the bird. Let the cat win already! 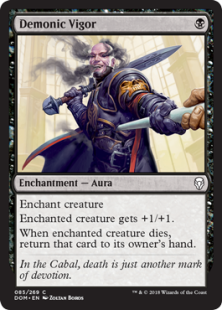 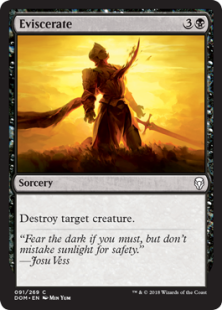 Eviscerate – Most destroy target creature cards for black will cost two black and some amount of colourless mana, but Eviscerate’s mana cost allows you to splash this in more decks. Straight creature removal is at a premium in Dominaria, so make sure you have this to deal with those tough Legendary creatures that will be roaming the prerelease tables. 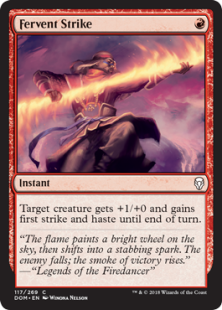 Fervent Strike[c/] – This should read, “R – Destroy target attacking or blocking creature” since that's what you will be using this spell for most of the time. This is even more valuable on the odd instance where you give a creature haste and get in for some unexpected damage. 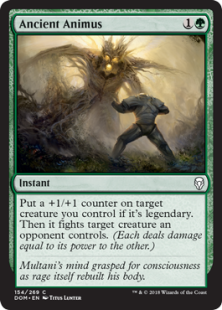 [c]Ancient Animus – If you are playing green, this is the only removal spell you have. Even if you don’t play it on a Legendary creature, being able to instantly take out a creature in combat that might be part of a double block on one of your creatures can become a major blowout over your opponent.

Now that you know some of the best commons to look for when you open your Dominaria packs, hopefully you'll be better equipped in building your 40-card deck.

Thanks again for reading another edition of the Daily Dose of Dominaria. Join me again tomorrow as I talk about some of the best uncommons to look for at your local Dominaria prerelease.