Musings of the Madman: Can You 'Guest' My Commander?

No, we aren't talking about our techy new Phage the Untouchable deck (now with more Bad Moon!), but rather one of a bevy of movies featuring or directed by brilliant American comic wit Christopher Guest. Outside of Spinal Tap, cited above, Guest has had a fine time directing a roving cast of misfits through various absurdist situations. Can any of these be transferred to EDH play? What would be the starting point? Let's take a brief look. 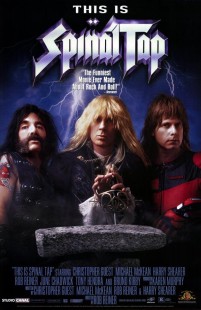 "These go to eleven."

Summary: A group of washed-up rockers try to resurrect their careers by going on a tour of the United States, to hilarious results.

Commander: Purphoros, God of the Forge.

Deck concept: LOUD. LOTS OF EXPLOSIONS AND FIRE. Maybe even add Furnace of Rath for more damage, or Erratic Explosion or Kaboom! for added fun. Everything must be ostentatious and affect all players. 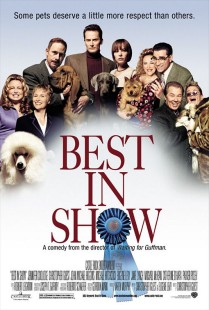 "I didn't ask for your opinion! I asked for a toy that you don't have!"

Summary: A misfit group of dog owners bring their charges to Philadelphia for a high-end show, to compete for the "Best in Show" title. Hijinx ensue! One of several movies featuring Eugene Levy, Catherine O'Hara, Paker Posey, Fred Willard and a horde of character actors.

Deck concept: A huge part of the movie deals with the dogs being pampered and treated absurdly well. This screams for  equipment cards, in foil. Misprinted. In Japanese. Signed by the artists. 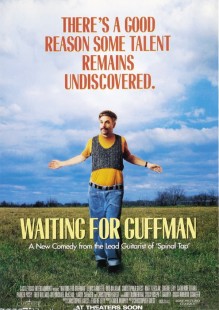 "I'll always have a place at the Dairy Queen."

Summary: The "Guest Gang" of Posey, O'Hara, Levy et al. find themselves in smalltown U.S.A. prepping for a play meant to vault their careers onto the New York Stage, thanks to the soon-to-arrive Guffman, a NY film critic.

Deck Concept: You play Warp World, to represent the constant upheaval Corky O'Neill (Guest, as the play's director) deals with. You culminate with The Great Aurora because you likely haven't made enough enemies at your table. 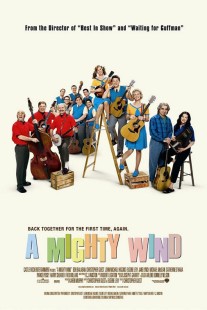 Summary: Our beloved gang spoofs 1960s folk music making a revival following the death of the bands' producer. More subtle than previous efforts, but still worth it for some hilarious one-liners.

Deck Concept: You use Arashi and Squallmonger to deal damage. The rest of the time is spent ramping out all your lands so you can recycle these two cards. Bring reading material between turns. 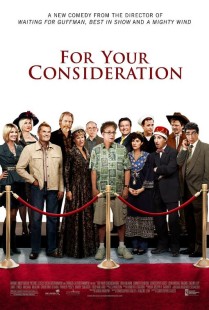 "I love that you did all this work, and it will serve you well - but not on this movie."

Summary: The usual suspects take a look at Oscar buzz, the pettiness and rivalries it engenders and some behind-the-scenes look at the production of the fictitious "Home for Purim".

Deck Concept: A lot of cards that involve treachery, judgment, theft and so on. Maybe even throw in a Grand Arbiter Augustin IV to reflect the judging process.

That's it for this week! Hopefully I've at the very least inspired you to catch a few of these gems, if not to make some wacky theme decks for your Commander tables. Until next week, may you never be an uninvited guest.